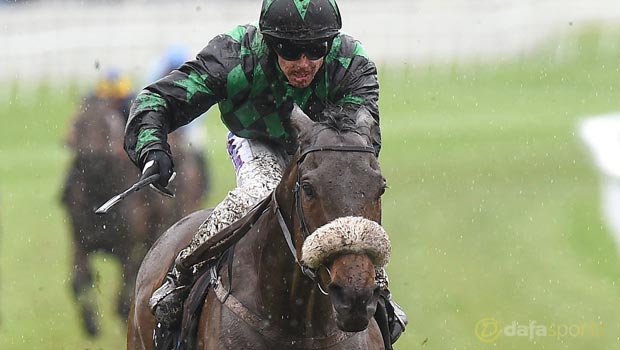 Peter Niven says his dreams of winning the Gold Cup at Royal Ascot with Clever Cookie hinge on rain falling on the Berkshire track between now and next Thursday.

Clever Cookie has thrust himself into the reckoning for the Ascot stayers’ event in the wake of impressive victories at Chester and York last month.

However, Niven has been adamant he would not run the seven-year-old if the ground comes up firm and he is sticking to his guns with the weather seemingly going against him.

“Everything’s spot on, but he won’t run at the present moment with the fast ground. We’re hoping they will throw water on and for a drop of rain. A thunderstorm might make a difference,” said Niven.

Clever Cookie is currently 11.00 to win the Ascot Gold Cup, with Dermot Weld’s Forgotten Rules dominating the market at 3.25 and Dubai Gold Cup winner Brown Panther is at 8.00.

His victories in the Ormonde Stakes at Chester and York’s Stowe Family Law LLP Grand Cup have ensured Clever Cookie is steadily climbing the ratings.

Should he be forced to sidestep Royal Ascot next week, Niven has entered Clever Cookie for the Northumberland Plate at Newcastle on June 27.

His ratings hike means he would have to concede weight all around should he turn up at Gosforth Park, but Niven says it would be tempting given the prize money on offer.

“Everything is up in the air with the weather and if he goes to Ascot we won’t even be thinking about the Plate,” he said.

“The prize money is quite attractive in the Plate, but I wouldn’t necessarily want to give lumps of weight to everything.”