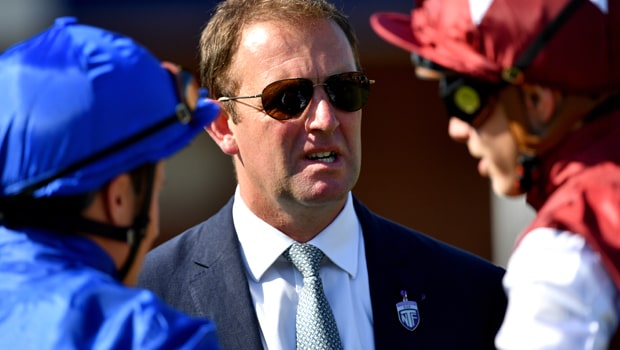 Charlie Appleby is happy to admit that Zakouski will need to have his “mettle tested” before he can be considered a Classic contender.

The Shamardal colt beat the well-touted Headman on his only juvenile start on the all-weather at Kempton back in November and finds himself prominent in the market for next month’s 2,000 Guineas at Newmarket as a result.

He featured among 20 entries for next week’s Craven Stakes at Headquarters and his trainer says he’s going to need to turn up at the meeting, whatever the race, and prove he deserves the billing he has obtained.

“He will go for a trial and whether that is the Craven or the seven-furlong conditions race they have at the Craven meeting, I’m not sure,” said Appleby.

“He has wintered well, but he has a completely different profile to (Breeders’ Cup winner) Line Of Duty in that he has only had one run and is completely inexperienced.

“A lot of water needs to go under the bridge before he is a Group horse. He is doing everything asked of him.”

Despite his lack of experience, the Godolphin trainer readily concedes that the entry he holds for the first British Classic of the term isn’t fanciful thinking.

“We’ve put him in the Guineas for a reason, but he has got to turn up in a trial first,” he added.

“I can’t fault him and he is pleasing us what we are seeing, but he has got to test his mettle now in a trial.”

Zakouski is 8.00 to win the 2,000 Guineas at Newmarket on May 4, while last season’s champion two-year-old Too Darn Hot is 2.50 favourite for trainer John Gosden.