Posted by chris schweizer on October 6, 2018 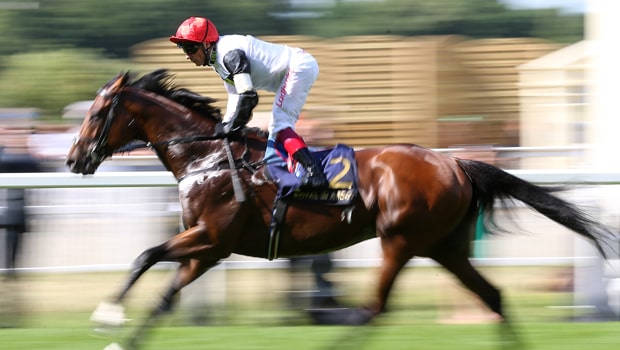 Owner Anthony Oppenheimer has confirmed that Cracksman will have his last run in the Qipco Champion Stakes at Ascot on British Champions Day.

The John Gosden-trained son of Frankel had been a possible runner in this weekend’s Prix de l’Arc de Triomphe but the lack of rainfall in Paris has ensured that plan is now shelved.

Instead Oppenheimer will aim to see Cracksman sign off his racing career by retaining the Champion Stakes at Ascot on October 20.

Cracksman has not hit the heights many anticipated this season. He won in France on his reappearance before scrambling home in the Coronation Cup at Epsom.

Poet’s Word then turned him over as odds-on favourite in the Prince Of Wales’s Stakes at Royal Ascot in June.

An extended break has been taken since that run, with connections happy to wait for the autumn ground that Cracksman has thrived on before. That won’t be available to him on Arc Day, however.

“It’s very sad, as we wanted to run [in the Arc], but we have got to give him the opportunity to show himself at his best,” Oppenheimer told reporters.

“As we’ve got nearer to the weekend, the forecast rain has got less and less.

It might end up pouring down on Sunday morning or something, but we had to make a decision [before Thursday’s declaration stage].

“If we did declare and then didn’t run, we’d have faced a hefty penalty, I believe, and also it wouldn’t be fair on everyone else who wants to know whether he’s running or not.”

Instead it will be back to Ascot and a potential clash with his triple Group One-winning stablemate Roaring Lion on Champions Day.

“We’ll go to Ascot now, which we’re delighted to do. He’s won the race before, it’s still a couple of weeks away, so we’ll see what the ground is like nearer the time.

He’ll have to run there anyway as that will be his last race,” Oppenheimer added.