Posted by chris schweizer on September 10, 2018 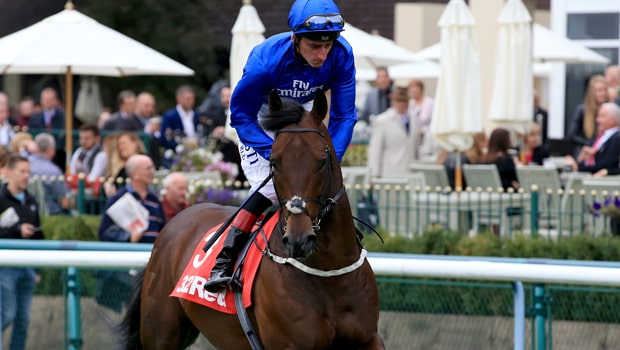 Clive Cox will be keeping the Qipco British Champions Sprint at Ascot next month in his sights for Harry Angel, though the weather may ultimately decide if he goes there.

The four-year-old son of Dark Angel surrendered his crown in the Haydock Sprint Cup on Saturday, seemingly having done too much early work on heavy ground, before fading to finish only sixth behind The Tin Man.

Harry Angel had claimed the Haydock showpiece 12 months ago on ground also described as heavy but his trainer felt conditions were significantly more testing this time around.

“The ground was heavy, but in comparison to last year, the Sprint Cup was the fifth race run on it compared to the third,” said Cox.

“It just made it a little bit more difficult but it was the same for all of them. It just appeared to rain at Haydock more than anywhere else.”

On his first run since sustaining an injury at Royal Ascot in June, Harry Angel went forward under Adam Kirby but appeared to use too much energy in the early part of the race, thus blunting his finishing effort.

Cox was not too downcast in reflecting on the run and he’ll aim for Ascot on October 20, so long as the autumnal weather lends a hand.

“He clearly found the last half-furlong a long way, but I’m delighted with how he has come out of the race,” Cox added.

“The Champions Sprint would be attractive if we get a drier time in the run-up to it. That is the most logical target.”

The Tin Man is now favourite at 5.00 to win the British Champions Sprint at Ascot next month while Harry Angel is out to 7.00 after defeat at Haydock.