Posted by chris schweizer on January 4, 2019 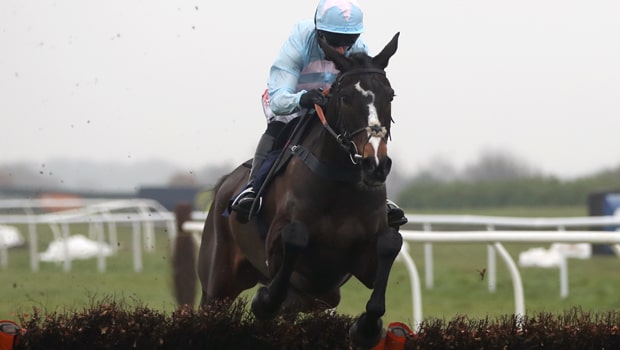 Noel Fehily feels Black Op is still learning as a chaser and warns he must display more “respect” for his fences to succeed.

Tom George’s charge was a Grade One winner as a novice over hurdles at Aintree back in the spring, a month after chasing home Samcro in the Ballymore Novices’ Hurdle at the Cheltenham Festival.

He was touted to have a big say in the novice chasing ranks this term but has been beaten in both starts.

His opening gambit at Exeter was said to be needed, but Black Op was well held once more on New Year’s Day behind Lostintranslation and Defi De Seuil in the Dipper Novices’ Chase at Cheltenham.

His jumping was a source of concern for Fehily throughout that race, admits the jockey.

“He’s had a couple of sessions with Yogi Breisner [jumping guru] and could probably do with one or two more,” Fehily told Sky Sports Racing.

“He just needs practice, and he needs to learn to respect his fences – at the moment he’s getting in too deep. He’s getting himself into trouble, and then it’s too late to get himself out of trouble.”

While he isn’t losing faith just yet, Fehily suggests more experience is needed, while a step up to three miles might also give Black Op more chance to work on his technique.

“It’s just experience – he needs to learn, he needs more work. He might get the hang of it eventually,” Fehily added.

Pushed on whether a step up to three miles might suit, Fehily said: “I’m sure going half a stride slower might help eventually, but he needs to learn to respect fences himself.”

Black Op is 15.00 to win the JLT Novices’ Chase at Cheltenham in March over 2m4f, while he can be backed at 17.00 to land the RSA Chase over three miles.