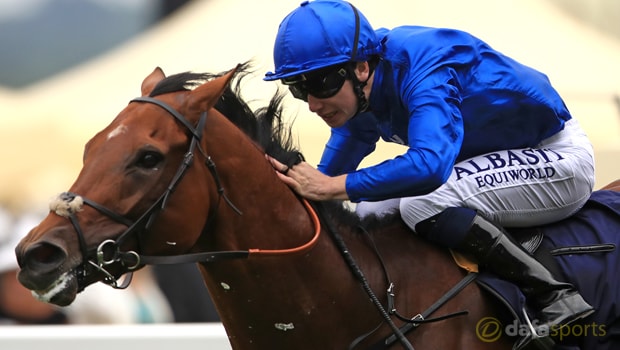 Trainer Saeed bin Suroor has all but ruled Benbatl out of running in next month’s St Leger at Doncaster.

The three-year-old has impressed so far this season, winning the Hampton Court Stakes at Royal Ascot in June, while he finished a respectable fifth in the Investec Derby at Epsom.

The Godolphin-owned colt was unable to challenge for glory on his most recent outing, however, as he finished fifth in the King George VI And Queen Elizabeth Stakes at Ascot, but that was largely due to the soft ground on that day.

Bin Suroor has now confirmed Benbatl is entered in a number of races over the coming months, but he is likely to take a break before returning to the track, with a run in the St Leger looking very unlikely.

“He’s got lots of entries, but I think we’ll give him a bit of time first,” bin Suroor said.

“There’s no specific plan, but I don’t think he’ll be going for the St Leger, I think his best distance is between 10 and 12 furlongs.”

Benbatl’s impending absence from the St Leger means, Capri, who is priced at 4.50, and Stradivarius at 5.50, are likely to be the main challengers for glory in the Group One race on September 16.

Bin Suroor will instead turn Benbatl’s attention to a potential run in the Champion Stakes at Ascot on October 21.

“Maybe the Champion Stakes at Ascot might be a good plan for him,” the trainer added. “He’s been out exercising and looks very well.”