Arc could be next for Leger hero Capri

Posted by chris schweizer on September 17, 2017 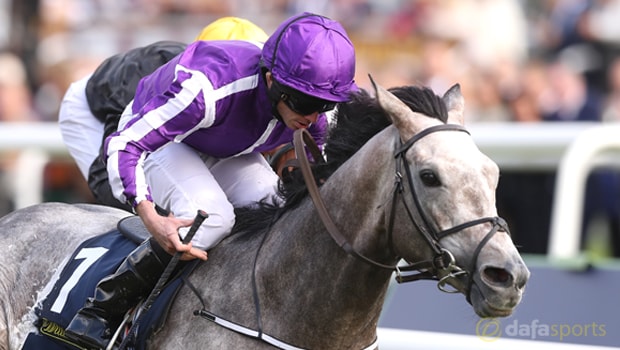 Aidan O’Brien says the Prix de l’Arc de Triomphe at Chantilly is very much an option for Capri after his brave St Leger success at Doncaster.

The son of Galileo became the first horse since Triple Crown hero Nijinsky in 1970 to win both the Irish Derby and the St Leger, in what was his first run since triumphing at the Curragh 77 days ago.

One of four runners for O’Brien in the final British Classic of the season, Capri sat off a blistering pace being set by stablemate The Anvil as the Ballydoyle hordes set about ensuring an adequate test of stamina on Town Moor.

Ryan Moore, winning the St Leger for the first time and duly completing his full set of the five British Classics, produced Capri to challenge in the home straight.

Despite the presence of the John Gosden-trained Stradivarius up the running rail and Sir Michael Stoute’s Crystal Ocean on his outside to throw down the gauntlet, Capri toughed it out all the way to the winning line and gained a half-length verdict on the latter, with Stradivarius a head further back in third.

O’Brien says the Arc was the plan if things went well at Doncaster, though he admits owners Coolmore will make the decision on whether or not Capri goes to France.

“We had it in our heads that if all went well today and everything went well after he could run in the Arc,” he said.

“Obviously the lads (Coolmore) will decide what they want to do – run him again or put him away.

He’s probably a mile-and-a-half horse with class, so he’d have no problem going a mile and a quarter.

“He has a great cruising speed and we always thought he had courage and stamina as well as class.”