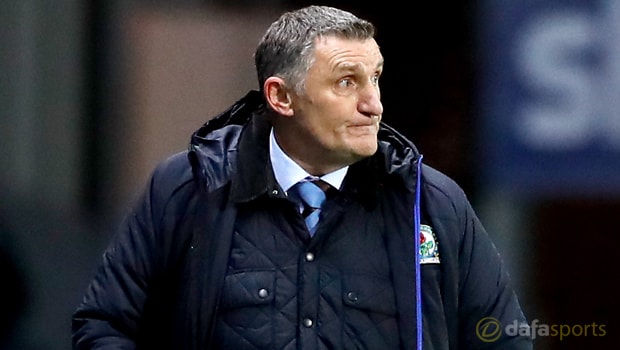 Tony Mowbray was left frustrated after AFC Wimbledon inflicted a 1-0 defeat on his Blackburn Rovers side, their second home reverse in three League One outings this term.

Rovers mini-revival after a slow start went up in smoke as their four-game unbeaten sequence came to an end courtesy of Kwesi Appiah’s goal just past the quarter-hour.

It was a first meeting between the clubs as Neal Ardley’s Wimbledon gained a maiden away-day success of this season.

Rovers pressed their visitors back for long spells but, as their manager admitted, they lacked the guile to force an equalising goal.

Bradley Dack came closet during a late siege of the Dons goal, but George Long pulled off an outstanding save to claw away his deflected header from close range.

It all amounted to an afternoon of real frustration for Mowbray, whose side are 11th in the League One standings after seven games.

“We put a lot of effort into today’s game, we banged on their door but couldn’t get in. It was just a frustrating day for us,” said Mowbray of the home reverse.

“I said to the players…that we didn’t have the guile to break them down and to score a goal. I think if we’d have got one, we might have got a few.

So we are left disappointed. “It is frustrating for us that we didn’t have the necessary tools to get something out of the day.”

Mowbray must now lift his troops for next Saturday’s trip to face League One pacesetters Shrewsbury Town.

Blackburn are 4.00 to win League One this season, while Shrewsbury are 17.00 despite their bright start of collecting 22 points from eight games.