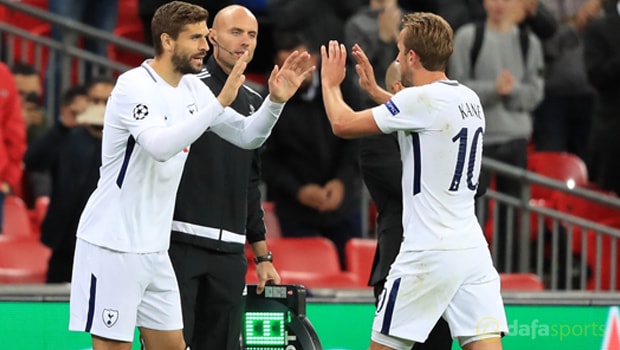 Fernando Llorente says he is impressed with what is going on at Tottenham Hotspur, while also revealing Mauricio Pochettino was a decisive factor in his move to north London.

Llorente signed for Spurs on transfer deadline day in a £12m move from Swansea City.

The 32-year-old Spaniard is expected to play the role of back-up for Tottenham talisman Harry Kane and he feels he has plenty to offer at his new club.

Llorente admits that Chelsea were after his signature. He had previously worked under Blues boss Antonio Conte at Juventus for three seasons and was close to making that move.

He says he has been impressed by what Tottenham have done in recent seasons and revealed a phone call from Pochettino helped sway his mind.

“The truth is that Chelsea have been after me for a long time but at the end you know how this works,” Llorente told La Vanguardia.

“At the very last minute, Pochettino called me and convinced me.

“The Tottenham project is impressive. They have done very well in the last few years, and I think I fit very well with this project. I think I can help them a lot.”

The striker made his debut in the midweek win over Borussia Dortmund and will be hoping to feature against his former club Swansea at Wembley on Saturday.

Llorente played against Pochettino on his senior debut in January 2005, making his first appearance for Athletic Bilbao in a draw with Espanyol.

“It is clear that Pochettino played a very important role in the decision. I have known him since he was playing in Spain,” he added.

“I made my first-team debut against him at San Mames. He was at the end of his playing career and I was at the beginning of mine.”