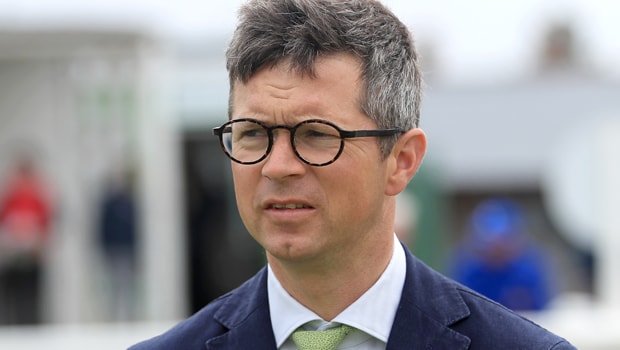 Roger Varian has earmarked a Group One contest in Germany for his leading middle-distance performer Defoe ahead of a potential tilt at the Prix de l’Arc de Triomphe in the autumn.

Defoe hasn’t been spotted since finishing third in the Tattersalls Gold Cup at the Curragh in May, with his trainer admitting the warm summer has dictated plans as his four-year-old won’t be racing on quick ground.

Defoe won four of his five 2017 starts before failing to fire in the St Leger at Doncaster on what proved to be his final outing of the year.

Victorious on his seasonal bow at Newbury, he then impressed in winning the Group Two Jockey Club Stakes at Newmarket in early May before his appearance at the Curragh.

After a midsummer break, he’s set to travel to Germany early next month where he’ll bid to open his Group One account.

Should that go well, all roads will lead to the revamped Longchamp in October and a tilt at Europe’s premier middle-distance race.

“We are training him for the Grosser Preis von Baden at Baden-Baden on 2nd September, which is a mile-and-a-half Group One,” Varian stated.

“Ground is a big thing for him and it is just the fast ground we want to avoid.

“He won the Jockey Club Stakes on good ground earlier in the year and he obviously handles soft ground very well, but fast ground is what we want to avoid.

“Absolutely we think he is still an Arc horse as he has got of some of the best middle-distance form around from earlier in the season. If he does get soft ground he is very good on that.”

Defoe can be backed at 26.00 to win the Prix de l’Arc de Triomphe at Longchamp on October 7.