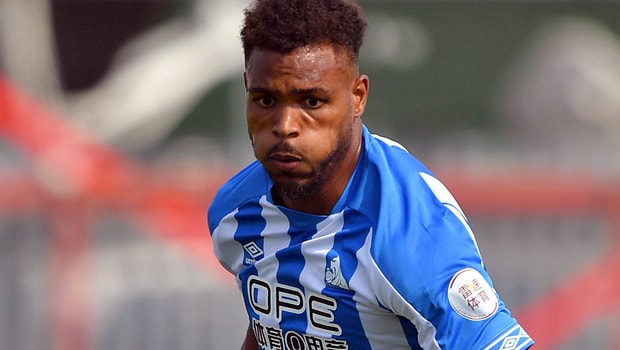 The 23-year-old, signed from Montpellier last summer, hit the net seven times in the top-flight in 2017/18 as Huddersfield successfully avoided relegation in an excellent campaign from David Wagner’s team.

Mounie was the Terriers’ leading scorer last season and he wants to improve considerably on his haul.

The Benin international hit the woodwork on Saturday in the 3-0 home loss to Chelsea and he is confident he has what it takes to supply the goals.

“I hope I will score more goals in the next few games. I just try to score as many goals as possible to help the team,” he said.

“Even though I didn’t score against Chelsea, if I go on to score 15 goals it should be OK.”

They face another battle to beat the drop and Mounie isn’t under any illusions as to what will constitute a successful season. “The aim is to stay in the Premier League,” he continued.

“We don’t expect anything else. The only thing is to stay in the Premier League for a third year.

“We know that this season will be tougher than the last, everyone knows that. We have to put everything onto the pitch to try and have a third year in the Premier League.”

Huddersfield are 1.91 to be relegated this season. They are 34.00 meanwhile to stun champions Manchester City by winning at the Etihad Stadium on Saturday in their next game.