David Gilbert admits ‘occasion got to me’ 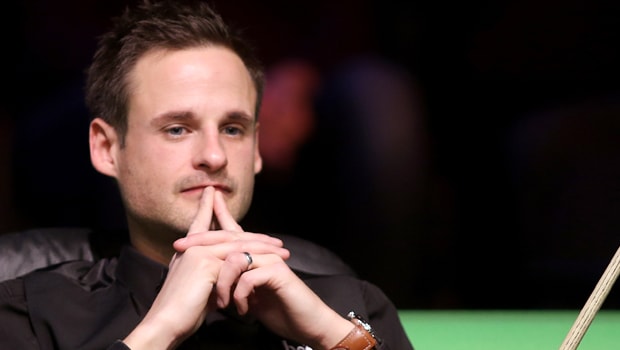 David Gilbert had conceded that the occasion may have proved too much for him when Mark Williams came from 9-5 down to win a thrilling final of the Yushan World Open in China.

The world champion was on the ropes when the Derby-born star established a 9-5 advantage but Williams battled his way back into the contest and that resulted in the Englishman losing his way at the conclusion.

Gilbert, whose only previous ranking final ended in defeat to John Higgins at the 2015 International Championship, missed some uncharacteristic chances late in the match.

The 37-year-old had the first clear chance in the decider but missed a pottable red to a corner pocket when leading 18-1.

Williams, calmness personified, made 64 to take control of the frame and when he potted the penultimate red, Gilbert’s fate was sealed.

Defeat for Gilbert means he misses out on next month’s invitational Shanghai Masters. He had plenty to ponder afterwards but has vowed to move on quickly from a painful loss.

“It [had] been a good week but sadly it has ended in one of the most disappointing things that has ever happened to me. I have to congratulate Mark because he saw it through,” Gilbert said.

“I’m confused about what happened because I felt fine at 9-5. I butchered a red in that frame then it turned around.

In the last frame I didn’t feel good, I couldn’t get position and I missed a red I would normally pot. The occasion got to me. I’m playing in the qualifiers next week so we go again.”

Gilbert is 201.00 to win this year’s UK Championship, while Williams is 13.00 to lift the opening Triple Crown event of the new season.