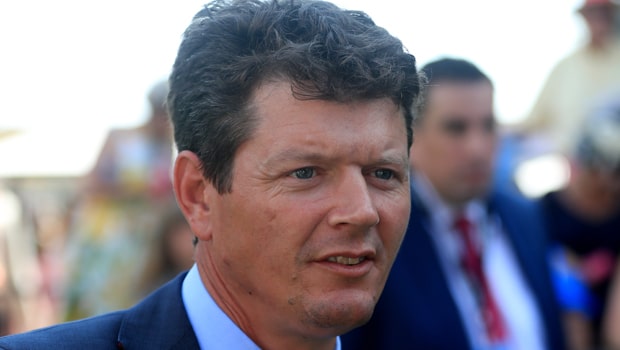 Andrew Balding has Royal Ascot aspirations with Bangkok, despite last week’s flop in The Derby at Epsom.

The trainer concedes he can’t put his finger on what went wrong for Bangkok in the Classic, though he has revealed that jockey Silvester De Sousa felt he didn’t handle the Epsom track very well.

Bangkok shed his maiden tag at Doncaster at the end of March, defeating subsequent Dante hero Telecaster in the process.

He then went and won the bet365 Classic Trial at Sandown in ready fashion, putting himself in the Derby picture as a consequence.

With his form boosted by Telecaster’s York success, Bangkok arrived last weekend with sound claims on paper but, in the end, that pair came home last and second last as Anthony Van Dyck prevailed in a bunched finish to The Derby. “He seems to have come out of the race fine.

Obviously it was a hugely disappointing run and we don’t have any real reason or excuse – we’re scratching our heads a bit,” said Balding.

“Silvestre (de Sousa) felt he didn’t really handle the track, but I couldn’t say for sure as I wasn’t riding him.

“I think we will look at Royal Ascot – that is more than likely.” The King Edward VII Stakes, often referred to Ascot’s Derby, is the only contest in which Bangkok holds an entry at Royal Ascot, which gets underway on Tuesday June 18.

Bangkok can be backed at 13.00 to win the King Edward VII Stakes, with Aidan O’Brien’s Japan favourite at 4.50 having finished third at Epsom last weekend.