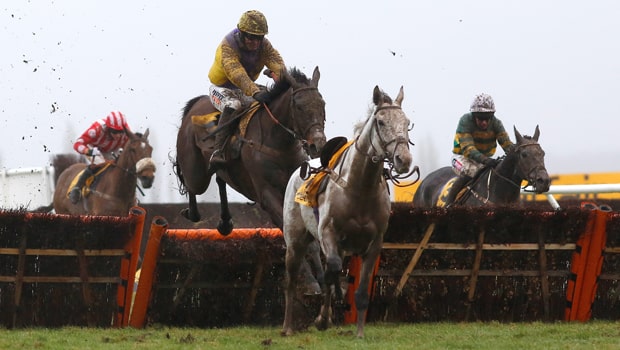 Trainer Amy Murphy says stable star Kalashnikov is all set for a second run over fences at Plumpton in December.

The five-year-old has a near-perfect record after a remarkable career to date since his debut back in March 2017 and after a successful career over hurdles, Kalashnikov had his first outing over fences at Warwick earlier this month.

He proved too much for Huntsman Scot, Scorpion Kid and Lisdoonvarna Lad, and Murphy’s charge is now amongst the early ante-post favourites for the Arkle Trophy at the Cheltenham Festival.

Kayley Woollacott’s Lalor is another contender for next year’s big race after victory at Prestbury Park last weekend.

Murphy has confirmed a run at Plumpton is next on the agenda for Kalashnikov and she admits a battle with Lalor over fences would be an exciting encounter.

“He’s not doing a lot at the moment, but there’s no problem at all.

“Lalor was super impressive. I thought it was a lovely performance. He jumped and he galloped and he quickened away well.

“I’m sure they will meet one day. They are two lovely horses and I’m sure it will be a great clash whenever it is.”

Kalashnikov is priced at 7.00 to win the race in March 2019, while Lalor can also be backed at the same odds.