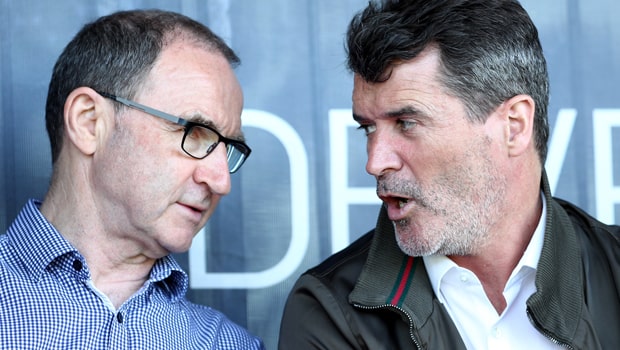 The FAI have confirmed that manager Martin O’Neill and his assistant Roy Keane have parted company with the Republic of Ireland.

The pair spent five years in charge of Ireland and led them to the last-16 of the European Championship in 2016.

However, they failed to qualify for the World Cup in Russia and their form has gone downhill during 2018.

O’Neill’s men have won just one game this year, with a 2-1 success over USA the only thing to smile about.

They were relegated from the UEFA Nations League earlier this week and the former Leicester boss has decided to walk away after just one win in 11 games.

The men in green have drawn four of their last five games and FAI chief executive John Delaney has thanked the pair for their service.

“I would like to thank Martin, Roy, and the management team for the impact that they had with the Ireland team,” he said.

“There have been many highlights during Martin’s reign – none more so than Euro 2016 in France, which will live long in the memory of all Irish supporters.”

O’Neill’s future has been in doubt since the goalless draw with Denmark on Monday but the 66-year-old claimed he was willing to carry on.

He told reporters: “I always have enthusiasm for the job but I’ll speak with John and we’ll see.

“I speak to John. I speak to him after games. I think I’ll probably be sharing the same flight home with him.

“If I don’t do that there I’ll have a conversation with him in the next few days or whenever it may be and it’s always been the case.”