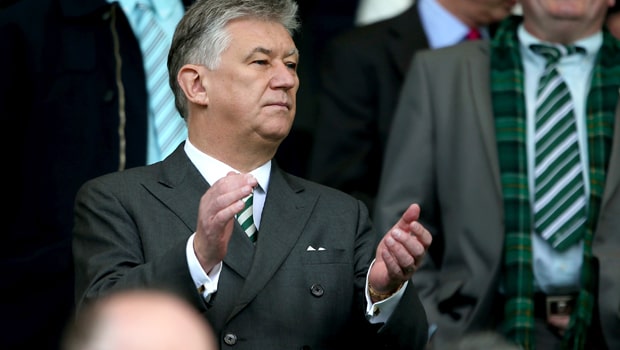 Celtic chief executive Peter Lawwell says he was frustrated by the club’s summer transfer business but is adamant there will be money available for boss Brendan Rodgers come January.

The Hoops did splash the cash to sign striker Odsonne Edouard, breaking the club’s transfer record to sign him from Paris Saint-Germain for £10million.

However, Celtic did fail to sign John McGinn from Hibernian, with the long-term target eventually signing for Aston Villa.

After a slow start to the season, Celtic have finally found their rhythm in recent weeks and returned to the top of the Scottish Premiership table before the international break.

The Hoops are also hoping to book their place in the knockout rounds of the Europa League in the coming weeks and Lawwell insists Rodgers will be given extra funds to strengthen when the transfer window re-opens He told CelticTV: “We did bring in a number of players.

We brought in a record transfer fee in Odsonne Edouard at £10m. We brought Lewis Morgan back, Scott Bain was signed permanently and we brought in four others.

“But I think it’s fair to say it was a frustrating time for us all. The market is very, very difficult, very complicated and despite everybody working so hard to strengthen the squad further, I think we all left the window a little bit frustrated.

“That’s not due to the fact that we didn’t want to invest, there is money there that we will invest. Our priority in every window is to come out stronger than we went in.

“And we are intent that going into January we will again make every effort to make sure the squad is strengthened.”

Celtic face Hamilton Academical at the weekend and they are 6.00 to be leading 2-0 at half-time on Saturday.