Posted by chris schweizer on September 19, 2013 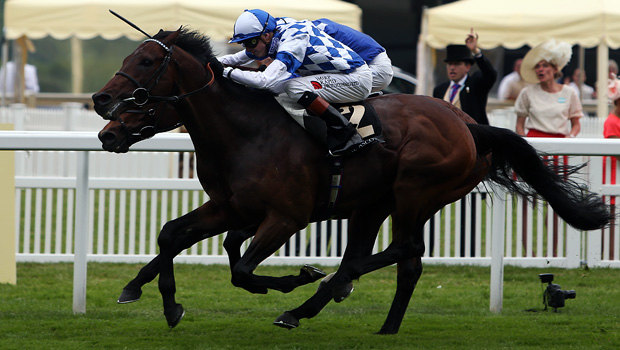 Jockey James Doyle claims Al Kazeem can secure glory in the Qatar Prix de l’Arc de Triomphe on October 6 because the conditions at Longchamp will be ‘perfect’ for him.

Doyle was on board Roger Charlton’s five-year-old the first time he was successful over a mile and a half in the Jockey Club Stakes at Newmarket in May last year.

And he has remained with Al Kazeem since as he heads to France looking to add to his impressive record of three Group One victories already this year in Europe’s end-of-season middle-distance showpiece.

Al Kazeem has been placed in two other races, including the Irish Champion Stakes, and Doyle is in no doubt that Longchamp will offer him a great chance of a positive outcome.

He told Racing UK: “I rode at Longchamp a couple of weeks ago for the first time, I walked the whole of the track and I thought it would be perfect for him.
“That nice false straight and long straight, it takes plenty of getting and I thought it was the perfect track for him.

“The race looks pretty tough after watching the trials at the weekend, Treve looked spectacular the way she quickened up and Orfevre couldn’t have won any easier, so the competition is pretty strong.

“Al Kazeem has done really to well to have done what he’s done over a mile and a quarter and on good to firm and sometimes firm ground.

“I’ve ridden him once over a mile and a half on soft ground and he was pretty awesome that day. I’m not really a sectionals man, but I read somewhere that the last five furlongs of that race were 0.02 seconds slower than a six-furlong Group Three on the card.

“That just shows he’s a pretty useful horse over a mile and a half with cut in the ground.”