Posted by Vincent Henderson on September 19, 2013 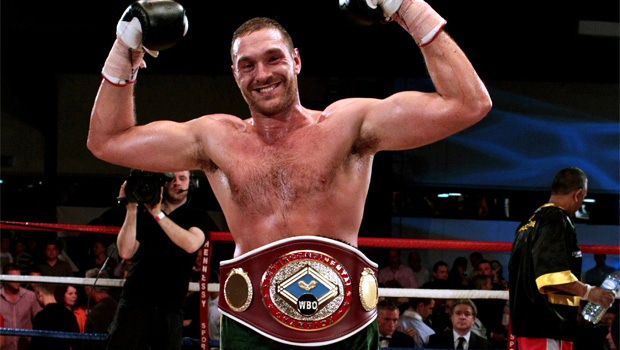 Tyson Fury says he is in the shape of his life and believes he has got what it takes to stun David Haye when the two meet later this month.

Haye says that Fury is ‘deluded’ and has a ‘screw loose’ for claiming he is the greatest boxer ever, but the 25-year-old says it is just a case of believing in his own ability.

Fury says he truly believes he can beat Haye on September 28 when the two heavyweights go head-to-head in Manchester and says he is in great shape following a tough training camp in Belgium.

“I probably have got a screw loose,” said Fury. “I think all boxers have a screw loose because we wouldn’t get punched in the face for a living if we didn’t, we’d be doing something else using our brains a bit more.

“And I might be a bit deluded because I believe in my own hype – everything I say I believe it 100 per cent.

“If I said to you I could bend that radiator in half and I meant it, I’d believe that I could, so if that’s deluded, then that’s what I am because I believe in my ability.”

Meanwhile, Fury says that Haye has everything going against him in the lead up to the fight and has told the Londoner he will be in for a tough night right from the first bell.

“I hope they’ve been training him very hard and preparing him well because he’s going to need it,” Fury added.

“Everything is against him, his age, his size, his speed – everything. It’s an uphill battle from round one so he’s going to need all the preparation he can get.”