Aidan O’Brien ‘taking a chance’ with Warrior in Eclipse 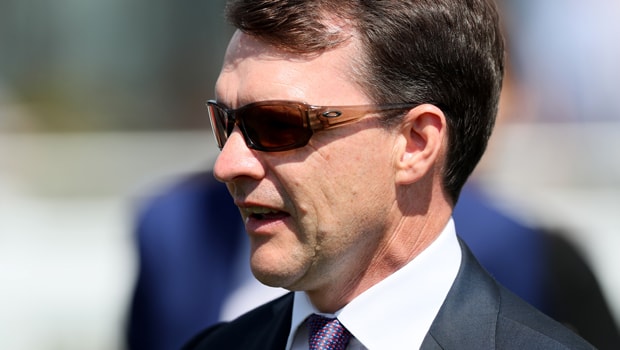 The 2,000 Guineas winner shed his unbeaten record when only fourth in the Derby at Epsom last month and was again foiled as odds-on favourite when third in the Irish version at the Curragh since.

That latest run was only last weekend, so O’Brien knows it is a rapid turnaround.

He has no worries about dropping back in trip for the Sandown Group One, and says he’ll be keeping a very close eye on his son of Galileo in case there any signs he isn’t ready to run.

“Obviously we’re observing him very closely because he only ran last week.

If there was anything negative we’d flag it up straight away,” said the Ballydoyle handler.

“We’re taking a bit of a chance running him back so close, but we’re happy with him. We never thought that dropping back in trip would be a problem to him.”

Charlie Appleby’s charge was impressive on the Downs and the Newmarket handler is relishing another tussle, having been beaten by O’Brien’s charge in the Guineas at Newmarket over a mile.

“I’m pleased Saxon Warrior is running. The Eclipse is known as one of the summer spectacles, so I’m pleased for the race,” he said.

“From our point of view we won’t be running away from anything and we think Masar is very much the one to beat.”

Masar is favourite at 2.50 for the Coral-Eclipse, while Saxon Warrior is trading at 4.50.