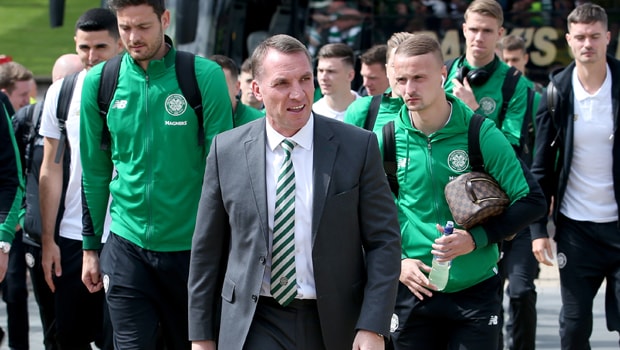 Former Celtic defender and assistant manager Johan Mjallby has tipped Brendan Rodgers to qualify for the Champions League and see off the challenge of Rangers this season.

The Bhoys begin the gruelling qualification process for the Champions League group stage next week when they travel to Armenia to face Alashkert in the first qualifying round.

Rodgers has led Celtic through the qualifying gauntlet in both seasons since arriving in Glasgow and Mjallby thinks he can rack up his hat-trick.

Mjallby was a prominent member of Martin O’Neill’s Celtic side that reached the final of the UEFA Cup in 2003, while he later served as assistant manager under Neil Lennon at Parkhead.

Asked if the Northern Irishman can lead Celtic to success in Europe, the big Swede responded: “Yes, without a shadow of doubt.

He was a great pick from Celtic, the football he [Rodgers] stands for is very similar to the Celtic style of football, passing the ball and playing with pace.

“Obviously they have been dominant domestically and they’ve had two unbelievable seasons in Scotland, winning the treble twice, which is a fantastic achievement.

“Under Brendan they can build on last years’ experience in the Champions League and deliver the goods, he can definitely lead them to success in Europe.”

“You have to look at their experience,” he added.

“Brendan has a lot of experience from the Premier League but it will be interesting to see what Steven Gerrard can do at Rangers and see if they are really ready to challenge Celtic this season.

“There are a lot of questions but it’s a great opportunity for Steven Gerrard to learn his trade and become a very good manager.

I would still rate Brendan Rodgers above him at the moment because his experience is so important.”