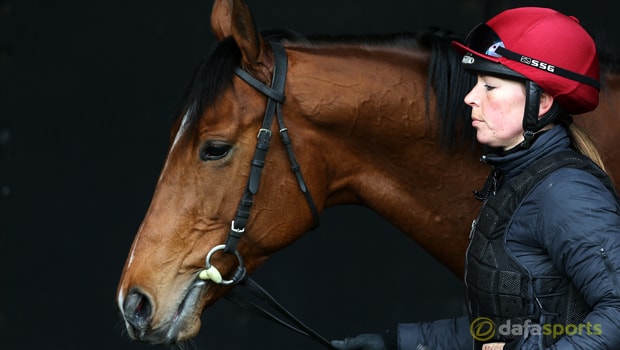 Trainer Aidan O’Brien has revealed that his plans for the Investec Derby at Epsom will be decided by the end of the week and he is confident that Saxon Warrior will be in the running to compete.

The three-year-old extended his winning run to four races earlier this month as he won at Newmarket after a 189-day break.

Saxon Warrior has now won at the Curragh, Naas, Doncaster and HQ and he is well fancied for the Investec Derby next month.

O’Brien entered six horses in last year’s big race and won it with Wings Of Eagles.

Saxon Warrior promises to be his best chance after winning the 2000 Guineas, while Kew Gardens, Delano Roosevelt, Zabriskie and The Pentagon are all expected to run.

O’Brien admits his plans are relaxed at the minute and he is confident all of his charges will be in contention.

He said: “It depends upon what the lads (owners Coolmore) want to do, really, but obviously all those horses are born, bred and raised to be Derby horses.

“Obviously if they’re in good shape and they’re well, the lads like to give them their chance, like they did last year.

“I’m not sure what they’re really thinking at the moment. The lads haven’t got together and spoke about what they want to do. I think that will happen towards the end of the week.

“We are happy with Saxon Warrior and it’s so far, so good with all the possibles. We always thought he was a very high-quality colt and he’s done everything right so far.”

Saxon Warrior remains the 1.73 favourite for the race, while Roaring Lion is also fancied at odds of 7.00.