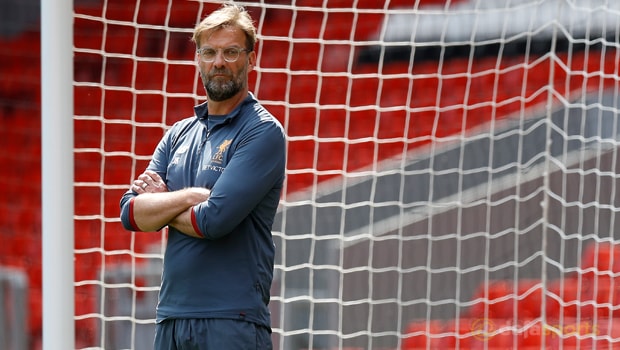 Klopp’s Liverpool team stand in the way of Real Madrid and Zidane claiming a third straight Champions League crown. The Reds are facing a daunting challenge, but it is one Klopp feels they can overcome.

He is an admirer of Zidane’s work, both as a coach and a player. “He’s an extraordinary character in the football world.

I appreciate him. I admired him as a player and respect him as a colleague. It’s incredible what he’s been doing with [Real] Madrid. It’s really, really extraordinary,” said Klopp.

This season is Klopp’s first in the Champions League as Liverpool manager and he says the Anfield club have proved in their march to the final in Kiev that they are capable of hoisting the famous trophy on Saturday, though it will be anything but easy.

“We’ve played plenty of really big games and we’ve won many of them. It’s obvious that it’s possible to win important trophies at this club,” Klopp told Uefa.

Liverpool are 3.00 to win the Champions League final, with Real Madrid favourites at 2.20 and the draw priced at 3.75.