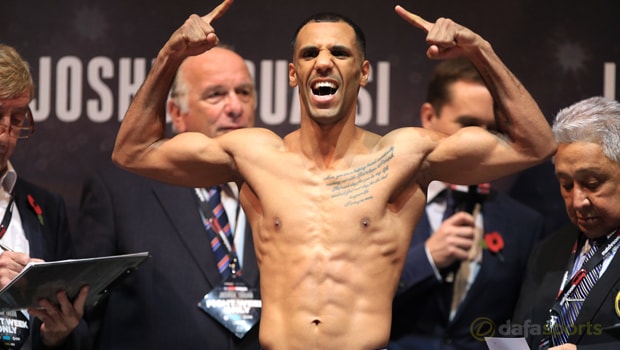 Birmingham’s Kal Yafai insists he will do everything he can to impress on his American debut and set up a unification clash for the end of the year.

The 28-year-old will make the third defence of his WBA super-flyweight world title this weekend when he takes on Mexican David Carmona in Fresno, California.

Yafai has dreamed of fighting in the USA for several years and he is now determined to prove he is the top dog.

IBF champion Jerwin Ancajas is also on the bill but further fights against the likes of Srisaket Sor Rungvisai (WBC), Juan Francisco Estrada and Roman Gonzalez could be on the horizon if he wins.

Yafai, who has won all 23 of his fights to date, insists now is his time to shine.

He told Sky Sports: “I’m very excited about fighting in the USA, it’s something I’ve always wanted to do.

“This is an opportunity to showcase myself in front of a huge audience, not only in the UK, but in the USA as well – it’s definitely important to look good!

“A unification could be next, but all I’m thinking about is this fight, looking good and getting the win. Then, afterwards, we will sit down with the team and see what is next.

“I will fight anyone and I want to establish myself as the man in the division. When any of these guys (champions) get offered to me, I will be more than ready and happy to take them out, one after another.”