13 rivals for the Tin Man at Ascot 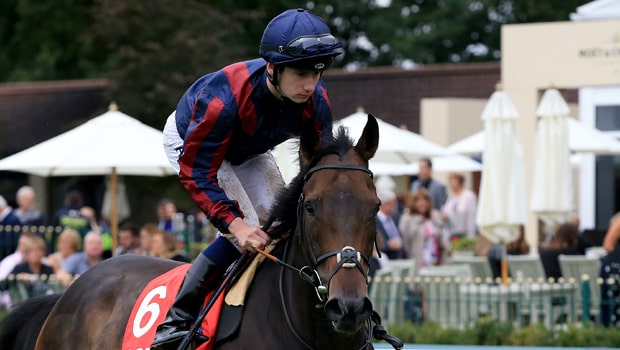 The Tin Man will face 13 rivals as he tries to reclaim the Qipco British Champions Sprint title at Ascot on Saturday.

The six-year-old won the race in 2016 after beating Growl but he could not back that up last year.

Librisa Breeze secured the crown in October 2017, with The Tin Man finishing fifth on that occasion.

Trainer James Fanshawe is confident his charge will shine this weekend and he has enjoyed another fine campaign. The bay gelding has won two of his four outings, including a big win in the Haydock Sprint Cup.

When asked about Champions Day, he said: “Qipco British Champions Day has become a wonderful finale for the Flat season.

“As a trainer, you are always looking to have winners, but the good horses are the icing on the cake and to have one good enough to win at Champions Day is very exciting. It’s what we all strive for.”

The Tin Man is 3.75 to win the contest, while Harry Angel is among the other leading contenders.

Librisa Breeze is 6.00 to defend the title, while Harry Angel is the same price with Dafabet.

Brando, Sir Dancealot and Ayr Gold Cup dead-heater Son Of Rest are all in the mix. Limato is 17.00 to follow up his recent performances, while Son Of Rest can also be backed at the same odds.

Sands Of Mali, Projection and Speak In Colours are all 21.00 while Bacchus props up the field at odds of 34.00.