Posted by Vincent Henderson on October 20, 2018 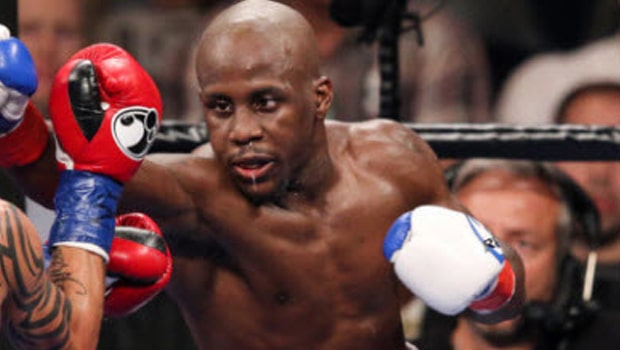 IBF super featherweight champion Tevin Farmer is adamant he will not be bullied when he meets James Tennyson this weekend at the TD Garden in Boston.

The 28-year-old has enjoyed a dramatic rise through the rankings in the last few years and he won his first world title in August.

He beat Billy Dib thanks to a unanimous decision but the ‘American Idol’ is set to be pushed all the way this weekend.

Farmer has already set his sights on a showdown with WBA ‘Super’ champion Gervonta Davis and he is confident that he can handle Tennyson’s power.

Tennyson has secured 18 stoppage wins in his first 22 fights but Farmer is adamant the Brit will be put in his place.

He told reporters: “You don’t become a world champ for no reason and I’m ready for this fight.

“We’ve trained hard, I know how he [Tennyson] feels to want to be a world champion, you come and give it your best. He will come and try to take me out.

“People will say I’m overlooking him, I can write 1,000 things, but best believe we’re in the gym every day for Tennyson. Let People talk.

“Tennyson’s team think they’re going to walk through me, but they’ve got another thing coming. Name a fighter since 2014 that has backed me up.

“I’m not worried about anybody’s power, skills pay the bills. These big punchers always find themselves being backed up. I’m the slickest fighter in boxing. And still! Then, after that, I want Gervonta Davis.”

Farmer is as short as 1.30 to win the fight but a win via KO, TKO or disqualification is 6.00 with Dafabet.