Aaron Ramsey future not a priority 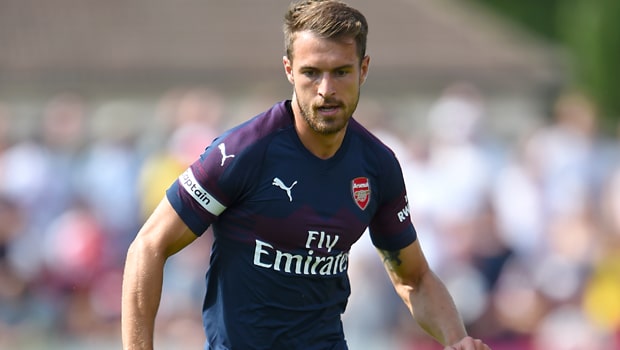 The Welsh midfielder is out of contract next summer and talks about an extension have stalled.

Ramsey revealed during the international break he plans to stay at the Emirates for the rest of this season, diffusing suggestions of a cut-price January move when he did.

Emery, whose side will aim to make it ten straight wins in all competitions when they host Leicester on Monday, says he simply expects Ramsey to keep delivering quality performances on the field of play.

“For me January is very far, I’m thinking Monday first and I want every player staying with the mentality and the preparation for playing together to win,” he said.

“My focus is every single match. The future is tomorrow, no more. I want the mentality for the next match, individual things are not for me to speak on now.”

Ramsey came off the bench in Arsenal’s last game, scoring a sublime second-half goal in a 5-1 win at Fulham.

Over the international break, he had some time out from the Welsh set-up while his wife gave birth to twins. Emery wouldn’t confirm whether or not Ramsey would be a starter against the Foxes at the Emirates.

“I want his performance like any other player,” Emery added. “The last match he started on the bench and played 25 minutes with this performance.

Monday, [I expect] the same, if he will start in the first XI or the bench, to be with the focus to help us like another player, no different.”