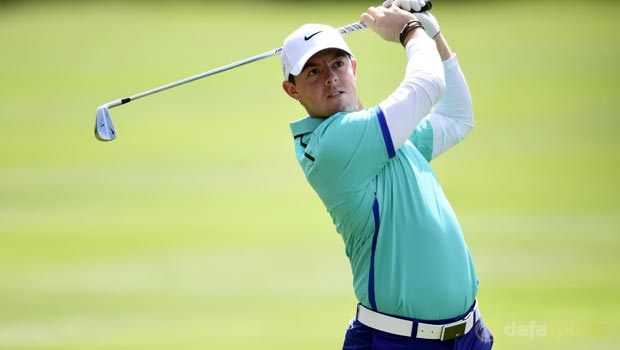 World number one Rory McIlroy has confirmed he is over his recent ankle injury and is set defend his USPGA Championship crown at Whistling Straits this week.

The Northern Irishman has been sidelined since rupturing ligaments in his ankle in early July while playing football with friends.

The injury forced him to miss the defence of the Open Championship, won by Zach Johnson at St Andrews in July, and also the WGC Bridgestone Invitational at Firestone which was claimed by McIlroy’s compatriot, Shane Lowry, on Sunday.

While the Bridgestone was ongoing over the weekend, McIlroy arrived in Wisconsin and played back-to-back 18-hole practice rounds at Whistling Straits.

After the second of those, he confirmed he is raring to go ahead of the PGA Championship for which he is 11.00 to win for the third time in his career this week.

“Obviously, getting around a golf course like this, playing 18 holes, it felt fine,” the 26-year-old told the Golf Channel.

“I’ve come a long way in five weeks. This has been the five-week mark today (Sunday) from when I did it.”

McIlroy does not have to commit to the PGA Championship until his official tee time for the opening round on Thursday.

Should he tee off as expected on Thursday, it would be just 40 days since he suffered an injury that some medical experts said might take about three months to heal.

McIlroy has not played competitively since the US Open at Chambers Bay in June.

Jordan Spieth is 7.00 to win his third major championship of the season at the USPGA Championship, while Jason Day is 13.00 and Bubba Watson 15.00.