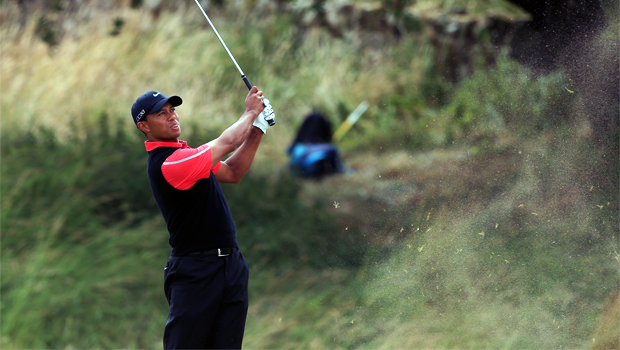 Tiger Woods set his sights on winning his 15th major title at USPGA after he claimed victory in the WGC-Bridgestone Invitational on Sunday.

Woods has not won a major since the US Open back in 2008 but he says he is very happy with the consistency of his game going into the USPGA at Oak Hill.

“I’m really looking forward to it,” Woods revealed. “I feel like my game is pretty consistent. That’s one of the things I’ve noticed this year is that I have hit it pretty good most of the year and weeks I’ve putted well I’ve been able to win so it’s been pretty good so far.”

Woods picked up his fifth win of the season as he carded a final round score of 70 to finish the tournament on 15-under par, seven shots ahead of his nearest challenger.

Woods has now won the event on eight occasions, the same number of times he has also won the Arnold Palmer Invitational, and it is a course he clearly loves.

“I don’t know what it is, it just fits my eye,” the 37-year-old said of the course. “Just because it fits your eye it doesn’t meant you’re going to play well, but for some reason it just comes out and I have put it together.

“Today I was conservative, just trying to make pars. I figured the highest score I could shoot was 70 and that would force the guys to shoot 63 or 62 and I just felt this was a perfect day to protect.”

Keegan Bradley, who won the event last year, fired a final round score of 67 to finish tied for second on 8-under par with Woods’ playing partner Henrik Stenson.