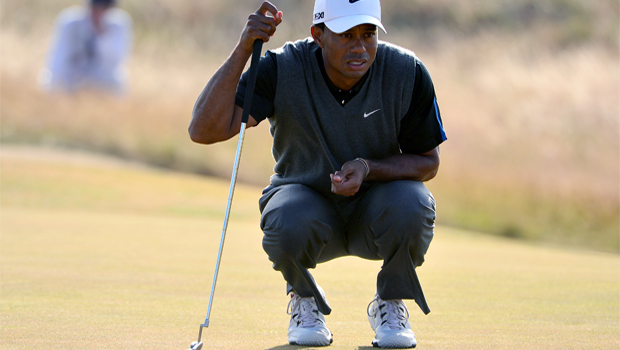 Tiger Woods says he is feeling in good shape as he goes in search of his 15th major at the USPGA Championship this week.

Woods has not won a major since the US Open in 2008 but has been in great form this season when picking up five wins, the last of which came in the WGC-Bridgestone Invitational last week.

Woods crushed the rest of the field when winning by seven clear shots and will be hoping to carry that kind of form into Oak Hill when the tournament starts on Thursday.

The American says he has been striking the ball consistently well for some time now but the putter was the difference last week.

“Obviously I feel pretty good about winning by seven and coming here,” he said. “I feel like my game’s pretty good.

“As I was saying last week, that’s how I played at the British Open.

Only difference is I made more putts last week. I hit it just as good at Muirfield, and didn’t make any putts the last three days. At Firestone, I putted well, but I hit the ball just the same.”

Woods believes his short game will again be crucial this week and has spent the bulk of his practice time chipping and putting.

“A lot of the long putts had double breaks in them. It’s going to be important to hit a lot of greens and give yourself opportunities because these are a little bit tricky to read, there’s no doubt,” he said.

Woods has nine top-six finishes in the 17 majors since the US Open in 2008 and is happy that he is putting himself in a position to win.

“I’ve certainly had my share of chances to win,” he added. “I’ve had my opportunities on the back nine of probably half of those Sundays for the last five years and just haven’t won it.

“But the key is to keep giving myself chances and eventually I will start getting them.”