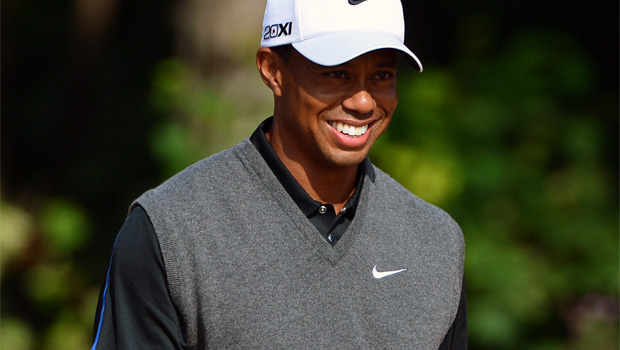 Tiger Woods has been named the PGA Tour’s Player of the Year for a record 11th time, even though he has failed to win a Major this season.

The 37-year-old American did win five of his opening 11 tournaments, however, and this saw him move back to the top of the world rankings.

Success at the Farmers Insurance Open, the WGC-Cadillac Championship, the Arnold Palmer Invitational, the Players Championship and the WGC-Bridgestone saw him start the season in blistering form, but he could only finish tied fourth at the US Masters, tied for 32nd at the US Open, tied sixth at the Open and 40th at the US PGA Championship.

Speaking after the announcement, Woods admitted he was delighted with the accolade.

“I’ve had to work my way back from injuries on numerous occasions throughout the years. These last couple years are no exception to that,” he said.

“There were a lot of people saying I could never win again, and two years later I’ve got eight wins on our tour. I’m very proud of where I’ve come from, from being ranked outside the top 50 to being ranked where I am now, and to have had the success that I’ve had this year just makes it all the more rewarding.”

Meanwhile, 20-year-old Jordan Spieth was voted rookie of the year having won the John Deere Classic in July, becoming the youngest winner on the US PGA tour since 1931 in the process. He was 19 years of age at the time.