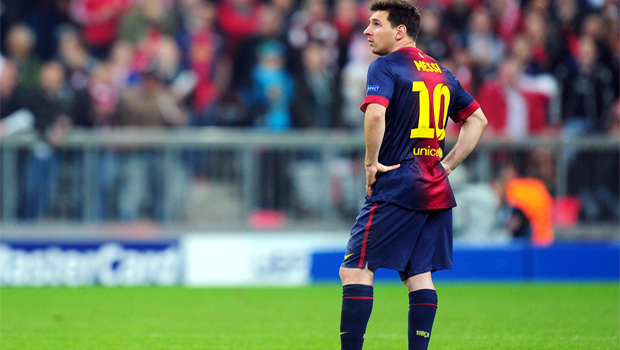 Lionel Messi is set to spend the next two to three weeks on the sidelines after picking up a thigh injury during Saturday’s clash against Almeria.

The Catalan giants won the game 2-0 but the Argentinean was forced to leave the field after just 29 minutes, having already scored the opening goal of the game eight minutes earlier.

The 26-year-old underwent tests at the club’s training ground on Sunday, the results confirming he will sit out the next few weeks.

Messi strike on Saturday was his 11th goal of the fledgling season and defender Adriano, who scored the second goal of the match, admits Barcelona are a different side without him in their ranks.

“Hopefully it’s nothing and he’s with us for the coming games because he’s a very important player,” he said, prior to Messi’s diagnosis on Sunday morning.

“With him, it’s a different team.”

Javier Mascherano and Jordi Alba are also out with hamstring injuries while veteran defender Carles Puyol is also a doubt.

The Catalan side lost 2-1 at Parkhead in last year’s competition and so will be wary of the threat posed by the Scottish side.

Meanwhile, Messi’s absence will impair Barcelona’s ability to maintain their 100% record in La Liga, with the Almeria victory making it seven wins out of seven for the campaign so far, a new club-record for Barca.