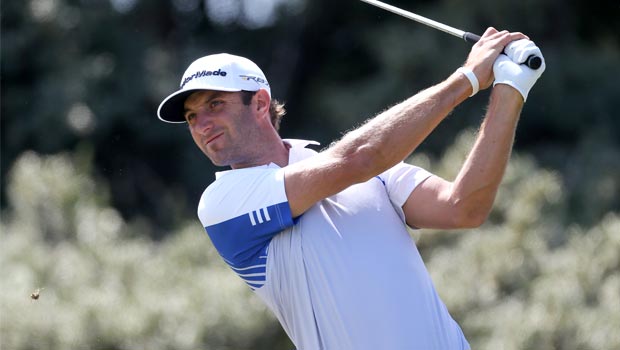 Dustin Johnson, Patrick Reed, Matt Kuchar and Hunter Mahan all managed to battle the windy conditions at Doral on Friday to share a one-shot lead at the WGC-Cadillac Championship.

The revamped Blue Monster course was battered by strong winds throughout the second round, causing chaos for many of the field.

Johnson, 6.50 to win the WGC-Cadillac Championship with Dafabet, hit a 74 to keep his share of the lead, but Reed (75), Kuchar (74) and Mahan
(74) are all very much in contention at the halfway stage.

Four Europeans are all tied on even par one shot further back, with Rory McIlroy (5.00 to win), Jamie Donaldson, Graeme McDowell and Francesco Molinari all in the hunt.

The difficult conditions heavily affected the scoring, with nobody finishing in the 60s and only three golfers making par at the end of the second round.

Speaking after his round, McDowell, priced at 11.00 to lift the trophy, admitted that the course was playing really tough.

He said: “It was just about playable. I can’t remember playing in stronger winds, certainly on this side of the pond.”

Defending champion Tiger Woods did well to finish the day with a 73 and he moved up 28 places to give himself a share of 25th. The American will be up against it but, given the conditions, will fancy his chances of climbing into contention ahead of the final round.

World number two Adam Scott, who can move to the top of the world rankings if he wins the event and Woods finishes outside the top ten, is five shots off the pace at +4 in a tie for 21st. The Australian managed to pick up four birdies although his round was blighted by two double bogeys.