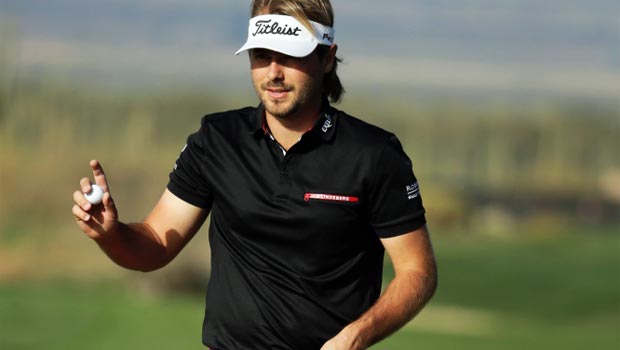 Europe’s Ryder Cup captain Paul McGinley claims Victor Dubuisson “will be a very welcome addition” to his team after his impressive performance at the WGC-Accenture Match Play Championship.

The 23-year-old Frenchman made it all the way to the final at Dove Mountain in Arizona but lost out to Australian Jason Day at the 23rd hole in what was a thrilling end to the tournament.

Dubuisson had looked down and out as he trailed Day by three with six holes to play, but then managed to force the play-off when he won the 13th and 17th with birdies before saving par on the 18th from a greenside bunker.

The real drama came at the first extra hole when his approach shot ended up in a seemingly unplayable position under a cacti off the green.

However, Dubuisson, who beat veteran Ernie Els on the 18th in the semi-finals, somehow managed to pitch the ball to within four feet of the hole and then holed for par, before doing something similar from the second extra hole, this time from desert bushes.

The next two holes were halved before Day finally secured victory with a birdie on the fifth extra hole.

Despite Dubuisson’s disappointment of losing out on the title, McGinley was quick to praise his performance and confirmed he is a certainty to be in his Ryder Cup side to face the United States at Gleneagles in September.

He told Sky Sports: “It looks like with the points he has accumulated he is a nail-on now. If he was 90 per cent before the week he is 99.9 per cent now. With all the evidence we have seen this week I think he will be a very welcome addition to the team.

“You can’t help but be very impressed. A lot of us were all learning about Victor and the fortitude he has shown under pressure all week has been most impressive.”

Europe are 1.77 to retain the Ryder Cup this year while the USA are 2.05 for victory.