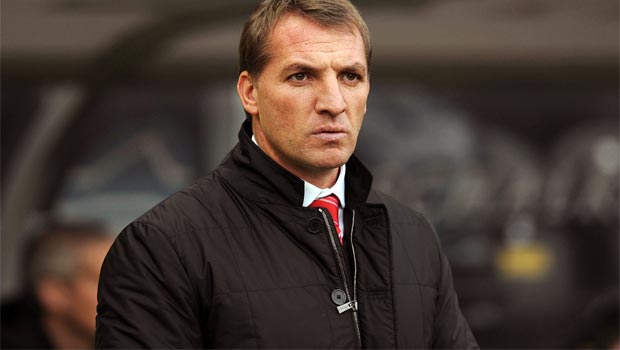 Liverpool boss Brendan Rodgers is adamant he will not abandon his attacking philosophy despite admitting the side’s defence could cost them in the race for the Premier League title.

The Northern Irishman watched his side move to within four points of league leaders Chelsea on Sunday afternoon after edging out his former club Swansea in a 4-3 thriller at Anfield.

Liverpool looked on course for a comfortable win when Daniel Sturridge and Jordan Henderson’s goals put them 2-0 ahead after just 20 minutes. However, the Swans were level on 27 minutes thanks to goals from former Reds midfielder Jonjo Shelvey and Wilfried Bony.

The hosts were 3-2 ahead at the break thanks to Sturridge’s second goal, but Bony equalised again from the penalty spot early in the second half after he was fouled in the area by Martin Skrtel.

However, Henderson completed his double in the 74th minute to seal the points for Liverpool.

Afterwards Rodgers accepted that “no-one’s really talking about us for the title” despite them being only four points off top spot, while their main aim of securing Champions League football via a top-four finish was boosted as they moved six points clear of fifth-placed Tottenham who lost 1-0 at Norwich.

When asked if he might adopt a more defensive approach to try and tighten things up at the back and ease some of the pressure on his forward line, Rodgers said: “I think that’s not our style. I worry always to play good football. I’m not totally satisfied with always grinding out results.

“Up to now we’ve got away with it. But at times we concede poor goals – it is mistakes or decision making that’s costing us.

“We were not quite at our best here but we scored four goals and won the game. It was a very, very important performance for us.

“It’s the point of the season where it’s about winning, that’s what professional sport is about at this level – especially if you’re up there challenging – but for us, I will always concentrate on performance.”