Posted by Jason Stepford on November 6, 2013 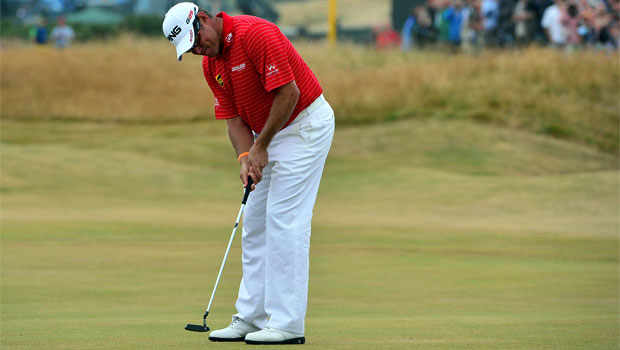 Lee Westwood feels he must cut out the “silly” dropped shots that are hindering his progress at this week’s Turkish Airlines Open.

The 40-year-old has enjoyed an up-and-down year, with a superb spell around the time of the Masters when he recorded five consecutive
top-10 finishes.

The Worksop-born ace also managed a share of third place at the Open Championship as he seeks that elusive first major.

But his form has tailed off considerably since losing out to Phil Mickelson at Muirfield, with a tie for 24th at the BMW Masters his best effort in recent months.

He has yet to win in 2013, with just this week’s event and next week’s season-ending DP World Tour Championship in Dubai to go.

The Ryder Cup ace has improved his short game this season but has not had the usual laser-like accuracy with his irons.

And Westwood insists that he still has the game to compete with the world’s best, providing he can eliminate the big mistakes that are holding him back.

“I always try and look at my form on how many birdies I’m making,” he said. “I’m making a lot of birdies but I’m also making some silly scores, a triple bogey and a couple of double bogeys, and I made a few silly bogeys on easy holes last week.”

The Englishman will be up against some big names in Turkey, with world number one Tiger Woods set to tee it up at the Colin Montgomerie-designed course.

Henrik Stenson will hope to bounce back from a disappointing outing in Shanghai to remain at the top of the Race to Dubai standings, with Graeme McDowell, Justin Rose and Ian Poulter all trying to chase the Swede down.