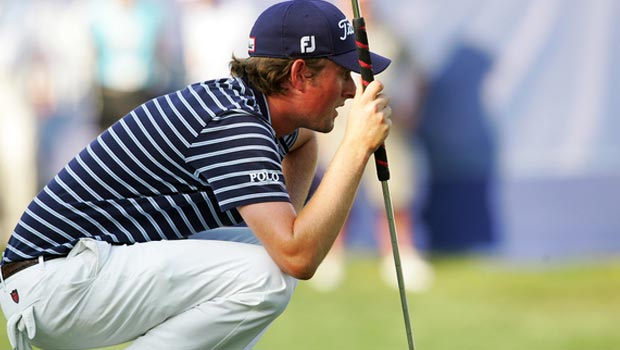 Webb Simpson is aiming to mount a late charge for a Ryder Cup spot, after pairing with captain Tom Watson for the first two rounds of the Greenbrier Classic this weekend.

The top nine players in the point system make the cut for Team USA, while Watson gets three captain picks to make up the remaining members of the team of 12 that will face Team Europe in September.

Simpson is currently ranked 17th in the points totals and only just made the cut for the Classic, posting scores of 71 and 69 to leave him with an even-par 140.

The 28-year old – who is now priced at 201.00 to earn a surprise tournament victory at Greenbrier – has since admitted that he is more focused on earning a spot in Team USA than he is with tournament specifics.

“The thing I believe in is if I take care of, you know, add up all the points come a month from now, then I either deserve to be on the team or hopefully if I don’t make it, close enough to where I’m tough not to pick,” Simpson said.

“So I think a little bit about it. I remember playing with Davis (2012 Ryder Cup captain Davis Love III) in Greensboro before the 2012 Ryder Cup.

“Kind of the same feelings, but they both know golf well enough to know that if I shoot 64 today, it’s not like he’s going to pick me if I don’t make the team. It’s all about playing well and hopefully being in good form for the Ryder Cup.”

Team USA are minor outsiders for this year’s Ryder Cup, currently priced at 2.05 to win while Team Europe – the favourites – are priced at 1.77 to see victory in September.