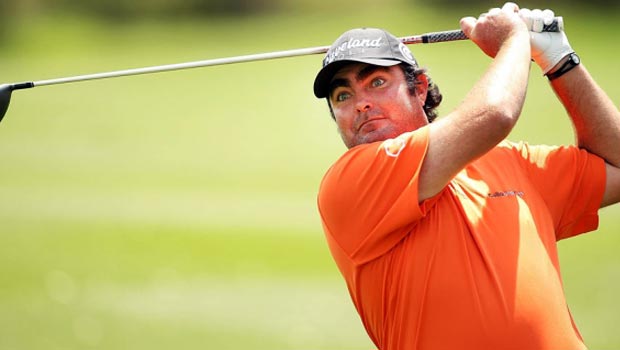 Steven Bowditch admitted it was difficult to stay focused with the rewards on offer after stumbling over the line to win the Valero Texas Open on Sunday.

The Australian star went into the final round with a three-shot advantage and he needed every one of those after carding a four-over-par 76 at TPC San Antonio to win by one shot from USA duo Daniel Summerhays and Will MacKenzie.

It was the 30-year-old’s first PGA Tour victory but he did it the hard way after seeing his lead wiped out with a bogey at the second and a double bogey at the fourth.

The Queensland resident dropped another couple of shots during his round but managed to pick up two birdies as well to keep his nose in front, and another bogey on the 18th did not matter as he held on to secure a place in next month’s Masters.

And Bowditch, who is ranked 339th in the world, admitted that the prospect of playing at Augusta had been something he had to deal with as he attempted to get over the line.

“Every time I got out of check, looking ahead to the Masters and winning golf events and making my speeches before I was finished, I had to pull myself in check every time,” he said. “And it happened a lot today.”

There is now just one tournament left before the players assemble at Augusta for the year’s first major, with this week’s Shell Houston Open giving an opportunity for another player to qualify for the Masters.

Whether or not the top-two Americans will even be in the Georgia field is still open to question, however, as Phil Mickelson has now joined world number one Tiger Woods on the treatment table.

Woods is struggling with a back complaint while ‘Lefty’ has a side strain so the way might be open for in-form Rory McIlroy to claim his first Green Jacket.