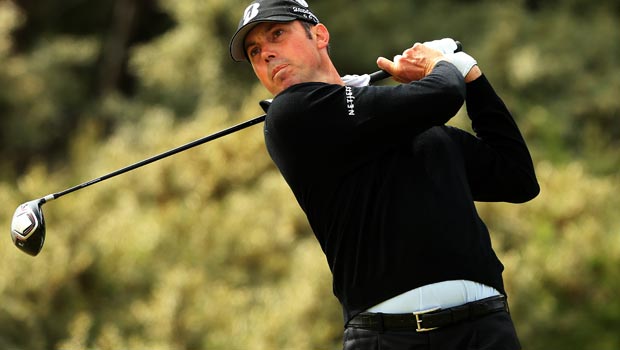 Matt Kuchar is clearly growing in confidence ahead of the Masters tournament next month as he fired a fine third round of 65 to move very much into contention at the Valero Texas Open, for which he is now priced at 2.90 to win.

The 35-year-old perhaps made a slow start to the tournament but kicked off his third-round birdie blitz by holing out from a bunker at the first and never looked back as he rocketed up the leaderboard into a share of second at nine-under par.

‘Kuch’ opened with three consecutive birdies in a total of eight on Saturday, with just one bogey, as he shot the low round of the week to close to within three shots of leader Steven Bowditch (Any other player priced at 2.15).

Kuchar was delighted to open up with a birdie after a wayward tee-shot found the rough to the right of the fairway, and insists he is feeling a lot more relaxed in these situations as he looks forward to another tilt at the year’s first major at Augusta.

“I thought my best play was just to put it in the front-right greenside bunker, figuring that’s my easiest chance at 4, and I snuck away with a 3,” Kuchar said. “It was a pretty easy bunker shot, but you never think you’re going to just hole out.

“I think (there’s) no better way to get ready to win tournaments than by winning tournaments,” he added.

“I think winning breeds more winning. I think that’s just a thing that comes with confidence. The more time you’re in a position to win tournaments, the more comfortable you get.”

Kuchar could prove the one to side with going into Sunday’s final round at TPC San Antonio as he has six PGA Tour wins to his name and experience is very much on his side.

Leader Bowditch is chasing his first Tour success while the other top five players can only count two titles between them and none since 2011.

Andrew Loupe is tied alongside Kuchar at -9, one shot clear of Pat Perez – priced at 8.00 – in fourth and two ahead of Kevin Na (11.00) in sole possession of fifth place.