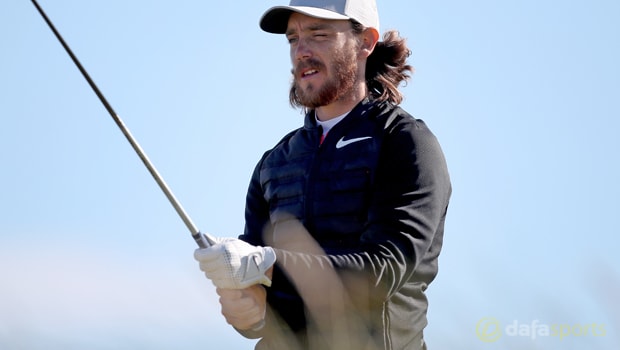 Tommy Fleetwood says he is not feeling stressed about potentially winning the Race to Dubai and is hoping to make the most of a brilliant opportunity when the action heads to the season-ending DP World Tour Championship.

Englishman Fleetwood had a chance to be crowned Europe’s number one for the season in the recent Nedbank Golf Challenge in Sun City, South Africa, but he was unable to record the victory needed.

The 26-year-old from Southport started the tournament with disappointing rounds of 73 and 74, putting an end to his chances of lifting the trophy, but he managed to shoot 67 and 71 on Saturday and Sunday respectively to finish in a two-way share of 10th on -3.

An eighth top-10 finish of the year has now extended the three-time European Tour winner’s Race to Dubai lead to 256,737 points from compatriot Justin Rose in second.

The latter, who opted to skip the Nedbank event, and Spain’s Sergio Garcia are the only two players that have a chance of overhauling Fleetwood at the DP World Tour Championship in Dubai.

Many worry England’s number four will be unable to handle the pressure with such big incentives on the line but the RTD leader is confident of getting the job done.

“I’ve played brilliant all year. I think to be in with a chance of winning the Race to Dubai, it’s pretty special, really,” Fleetwood said.

“It’s not a burden. I don’t feel stressed about it, I don’t feel anxious. I just think it’s great that I’ve got the chance to win it and a good chance.

“And as much as it depends on what they do, it is in my hands. I can take it out of everybody’s hands but we’ll see.”