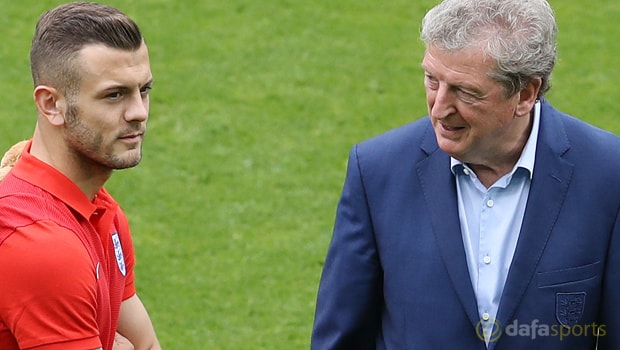 Crystal Palace manager Roy Hodgson has slammed the agent of Jack Wilshere after categorically denying claims the Eagles are interested in the Arsenal midfielder.

Wilshere, who spent the last campaign on loan at Bournemouth, has struggled to cement a regular first-team place since returning to the Emirates and there are reports suggesting he could leave the club.

The 25-year-old midfielder, whose contract runs out next summer, has only played 25 minutes of Premier League football this season and he has had to settle for making appearances in the Europa League and League Cup.

Reports of an exit in the January transfer window are gathering pace and Palace, who are rock-bottom of the table, are believed to be interested in the England international.

The Eagles are managed by former Three Lions boss Hodgson, who is a firm admirer of Wilshere, and it was thought the duo would link up again at the turn of the year.

However, the Palace boss has responded to these claims and has taken a shot at the midfielder’s agent for spreading false rumours.

“Who has linked him? That’s what you need to find out, because it didn’t come from us,” Hodgson said.

“I will tell you who, his agent – because that’s where newspapers get their stories from. “We have never mentioned his name.

I work with [Palace sporting director] Dougie Freedman and we talk about potential players, and Jack Wilshere’s name has never been mentioned in this room.”

Palace return to action on November 18 with a clash against fellow strugglers Everton at Selhurst Park and the hosts are 2.50 favourites to pick up a much-needed win, a draw is priced at 3.20 whilst the Toffees are a 3.10 chance.