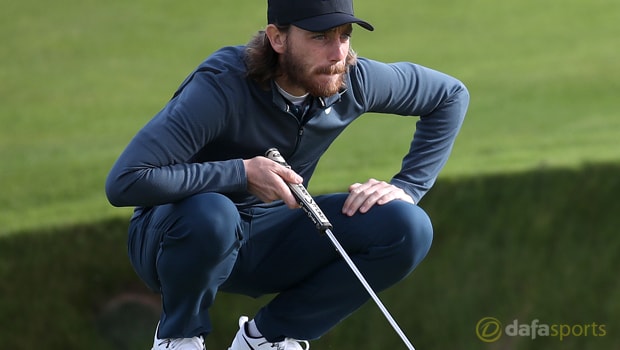 Newly crowned Race to Dubai champion Tommy Fleetwood admits his long-term aim is to become the number one golfer in the world.

The Englishman went into the final round of the DP World Tour Championship still not knowing whether he was going to be crowned champion of the season-long competition, and his chances were not helped as he signed for a score of 74.

That was only enough to secure the 26-year-old a tie for 21st place and it looked like that would open the door for Justin Rose to claim Race to Dubai glory, however, the world number six stumbled through his final few holes.

Rose needed to eagle his final hole to pip Fleetwood to the post, but he ultimately was not able to do so, as he saw his putt from the fringe of the green drift past the hole.

That cued the start of the celebrations for Fleetwood, but he is already targeting further glory in the future, with his ultimate goal being to become the world’s best golfer.

“My ultimate goal in life is to be the best player in the world, that will always be the same,” Fleetwood said.

“Whether I achieve it or not is another thing, but I’ll always strive for that. I think this year has been a big year in terms of my career.

You know, some of the performances, I have put myself on the world stage a bit more.”

Fleetwood will also be hoping to challenge for major honours on a consistent basis, following his fourth-place finish at this year’s US Open, and he is priced at 81.00 to win the opening major of 2018, The Masters, which is due to get underway in April.