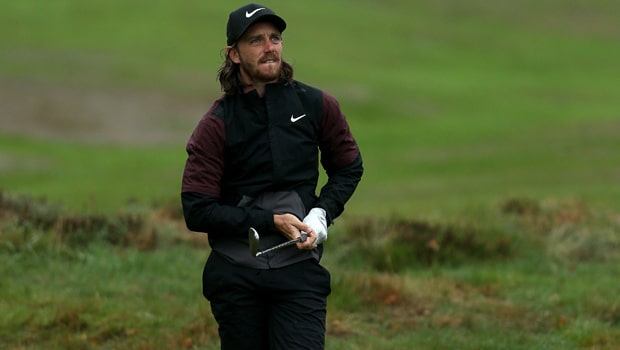 England’s Tommy Fleetwood says he has no problem with Francesco Molinari as he prepares to team up with Sergio Garcia at this week’s Zurich Classic of New Orleans.

Fleetwood and Molinari hit the headlines in 2018 at the Ryder Cup as they helped Europe lift the trophy at Le Golf National.

The pair were dubbed ‘Moliwood’ as they became the first pairing to win all four matches together at the famous tournament.

Molinari has decided to skip this week’s tournament in America, with Fleetwood teaming up with another European star in Garcia.

Fleetwood has revealed he is looking forward to it and believes it will improve his game to work with another player as they try to win the event at odds of 9.50.

“Fran [Francesco Molinari] is fine and everybody does their own thing throughout the year,” Fleetwood said in an interview with Sky Sports.

“Me and Sergio [Garcia] spoke about it quite a while ago and it works out perfectly for us that we can play in this event together.

“It’s comforting playing with a team-mate. Whether it’s good or bad, it’s nice to have that backing from somebody else out there on the golf course, especially if you’re close with that person.

“There’s nothing that we’re trying to do any differently to you would any other week, but you just have that added luxury of somebody to fall back on if it’s not going great.

“It’s quite an exciting week in a way that there are FedExCup points to play for and there’s a chance to play well. There’s nothing to lose and everything to gain this week.”

Jason Day and Adam Scott are 8.00 to favourites to lift the trophy, while South African duo Louis Oosthuizen and Charl Schwartzel are 26.00 to go all the way.