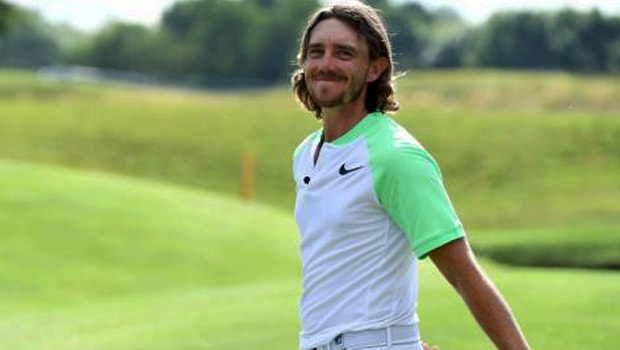 French Open champion Tommy Fleetwood says he will be sure to enjoy the Open Championship experience at Royal Birkdale this month, irrespective of how he plays.

Fleetwood carded a flawless final round of 66 at 2018 Ryder Cup venue Le Golf National to finish 12-under par, a shot ahead of overnight joint-leader Peter Uihlein.

The 26-year-old from Southport used to sneak on to the Open venue of Royal Birkdale as a child, and he admits it is going to be a special experience to play the tournament in front of so many people.

“It’s going to be a massive week for me,” he said. “I’m going to be playing in front of crowds that I never have before and people that you have grown up with.

“It’s going to be an amazing experience from start to finish. Whether I do well or do bad I’m going to have a lot of people rooting for me and that’s going to be lovely.”

Fleetwood was ranked 188th in the world last September, but has now climbed to a career-high 15th, with Olympic gold medallist Justin Rose the only English player ranked higher in the world.

With a second European Tour victory in Abu Dhabi in January followed up by finishing fourth in the US Open at Erin Hills last month, Fleetwood is in the form of his life.

Winning one of the European Tour’s Rolex Series events is a major achievement, he says.

“When it all got talked about last year, everybody knew these were the tournaments you wanted to play well in,” Fleetwood added.

“To win a Rolex Series event, knowing how big the stature is of everything now is a big deal for me.

I played great today, felt comfy again and it’s always great to test your game and test what you work on every day under the ultimate pressure.”