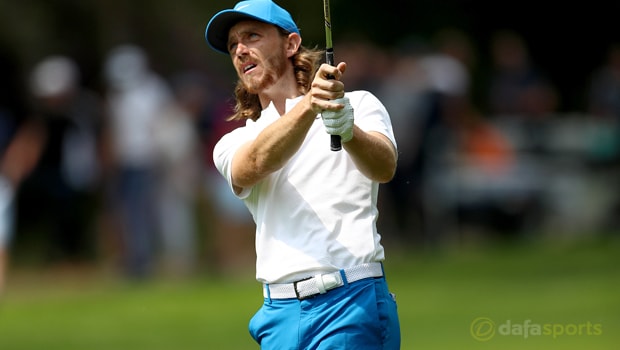 European number one Tommy Fleetwood insists he is looking forward to the “grind” of a traditional US Open this week at Shinnecock Hills.

The Englishman finished fourth last year at Erin Hills and 27th on his tournament debut in 2015 at Chambers Bay.

Neither layout would have been described as a ‘traditional’ US Open track.

Shinnecock Hills, which hosted the second US Open in 1896 and most recently in 2004, almost certainly falls into that bracket and Fleetwood expects a tough challenge.

Retief Goosen and runner-up Phil Mickelson were the only two players to finish under par in 2004 and after Brooks Koepka equalled the lowest ever US Open tally of 16-under par last year, the USGA are expected to set things up to be tough this week.

“It’s exciting for me,” Fleetwood said. “I’ve enjoyed those two US Opens and I think it’s an amazing event but they have not been classic US Opens.

“But I enjoy a test where it’s just grinding away at you all day, you never get to switch off. I do like those type of events.

I don’t know how they will set it up. I know they have said the fairways are a bit wider. I don’t know if that’s a good thing or a bad thing.”

Fleetwood was high on the leaderboard last year from day one right through until Sunday, posting his best finish at a major championship in the process.

“I felt very comfortable doing it and my game was obviously very good that week, but it’s going to be if you’re in contention and when you get there, you need to know that you can stay in a good mental place. So that was huge for me,” he added.

“I came out of that with a lot of confidence.” Fleetwood is 41.00 to win the US Open this week while world number one Dustin Johnson starts as favourite at 8.50.