Posted by OLADIPUPO MOJEED on November 9, 2019 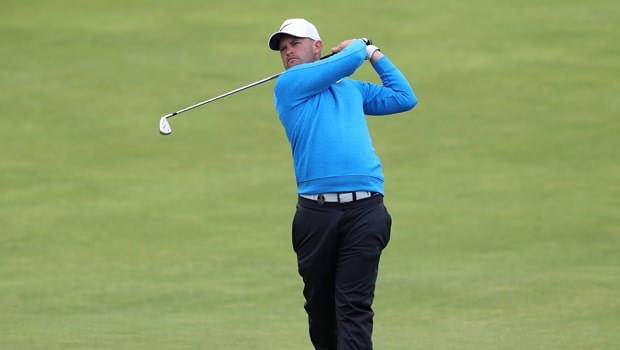 English golfer, Tom Lewis, is sharing the lead two shots back ahead of day two of the Turkish Open, with defending champion Justin Rose.

28-year-old Lewis is carded a seven-under-par 65, leading by one stroke alongside Austria’s Matthias Schwab.

“I holed a lot of putts out there. It just happened to be my back nine, and I had good fun.
“The course suits me, and hopefully, I can make more [on Friday],” the English man said.

His Swedish counterpart, Alex Noren, Thomas Pieters, and David Lipsky, remained tied for third at six-under at the European Tour event in Antalya.

Speaking on the feat, Lewis, who made eight birdies, said he is having a good game because the course suits him. He is obviously having “good fun.”

Rose, who had already recorded success in the previous edition of the Turkish Open (2017 and 2018), told the European Tour that he ended the day on high with three successive birdies to be at five under.

Reacting to his performance, the world number eight stated that he birdied the last three holes to turn an “OK day into a good day.”

“The hot finish puts me in a great spot to build into tomorrow,” he added.
Lewis’s fellow British golfers, Danny Willett and Scotland’s Scott Jamieson, also posted rounds of 67.

English trio Matthew Southgate, Tyrrell Hatton, and Aaron Rai are, however, a further stroke back alongside Scotland’s Richie Ramsay.

Meanwhile, in-form Schwab, who has nine top-10 finishes this season, made a strong start at The Montgomerie Maxx Royal on Thursday, carding a seven-under 65.
Following a fine front nine that included an eagle three at the fourth, the Austrian the turn in 31. The blemish to his performance so far was via a bogey on the ninth, before three birdies on the way back. This has enhanced his chances of securing a maiden
European Tour win.