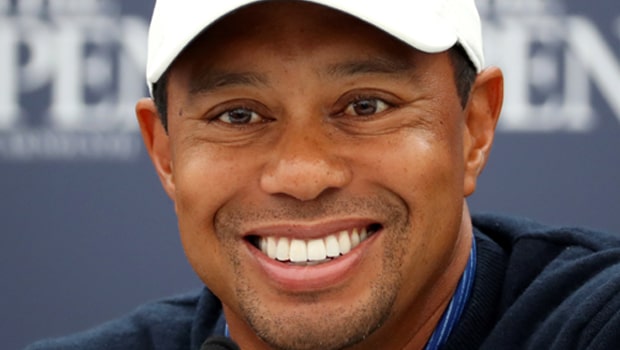 Golf legend Tigers Woods says he is very happy with his performances this year as he aims to get back to the top of the sport.

The 42-year-old returned to the Tour in January after undergoing surgery to correct a back problem which had been plaguing him for over four years.

He has shown several flashes of his old dominant self this year, including six-top 10 finishes, with a pair of runner up spots at the Valspar Championship and the PGA Championship.

He was also in contention for his first major win since the 2008 US Open, as he has a great run at the Carnoustie in The Open but faded away on the final round to finished in a tie for sixth.

His latest triumph has been selection for the upcoming Ryder Cup, as one of captain Jim Furyk’s wildcard picks.

Woods finished sixth in the recent BMW Championship to secure a place at East Lake in the Tour Championship for the first time since 2013, and despite not winning on tour this season, Woods says he is delighted with his progress and it has defied all his expectations.

“I think the season itself has been amazing,” he said.

“To be able to have played this well after coming off of what I came off of. I didn’t know how many tournaments I’d play in, and next thing you know, here I am in the Tour Championship.

“There’s some guys that can’t say they’ve accomplished that, have got into the Tour Championship, but to have come back from where I’ve come back from and to get here has been a pretty tall order and something I’m proud of.”

Woods is priced at 11.00 to break his duck this season and win the Tour Championship, with Englishman and current world number one Justin Rose at 9.50.