Posted by Jason Stepford on December 2, 2016 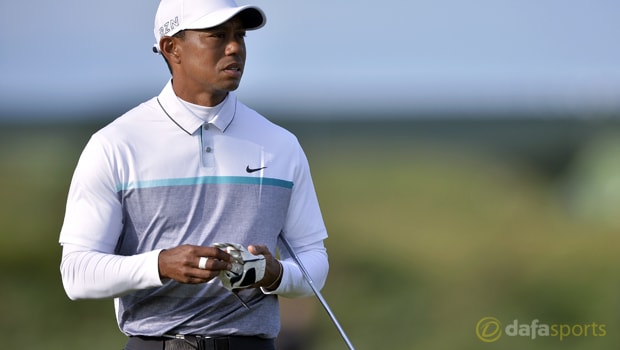 Tiger Woods reflected positively after his first competitive round of golf in 16 months ended in a 73 despite carding four birdies in his opening eight holes.

That bright start was enough to see the 14-time major champion tied for the lead in the Hero World Challenge at Albany but some errant driving on the back nine would take Woods backwards and he eventually signed for a round of one-over par – leaving him 17th in an elite 18-man field.

JB Holmes leads the way on eight-under par after an opening 64 with Hideki Matsuyama a shot adrift and US Open champion Dustin Johnson in third on six-under.

Wood started with back-to-back pars before a birdie at the par-five third hole. He would make a hat-trick of gains from the sixth hole onwards to jump to four under before finding a bush with his tee-shot on nine and making a bogey-six.

Three more sixes on the back nine, including two double-bogeys on his final three holes soured Woods’ first day back a little, but the former world number one was content to take the positives from his effort.

“All in all, I felt pretty good,” Woods told the Golf Channel after his round. “It could have been something really good, but I found three bushes and had a water ball today.

I got off to a nice solid start but then made a few mistakes and I didn’t play the par fives well in the middle part of the round.”

The American was particularly pleased with how quickly he was able to put himself into the rhythm of competitive golf again after a lengthy lay-off.

“To get up there on that first hole and feel it again and then dumb it down to be able to control it and get into my feel where I play my best that was nice. I got it pretty quick,” he added.