Tiger Woods on familiar ground at US Open 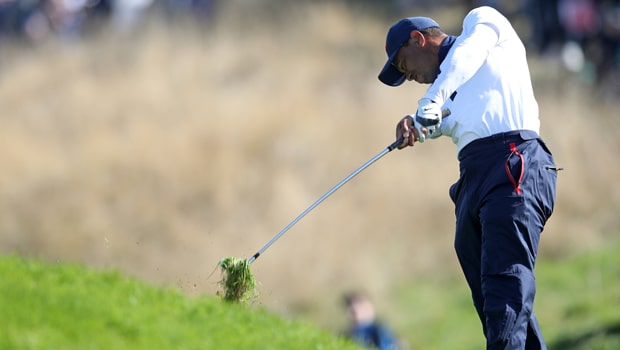 Tiger Woods said he was on familiar ground when arriving at Pebble Beach for this week’s US Open and was pleased with his start.

Having won the US Masters, his 15th major earlier this year, he promptly missed the cut at the PGA Championship. However, this week at Pebble Beach, Woods is back where he won the US Open in 2000.

It was a huge win, too, setting a score of 12-under par to win the tournament by an incredible 15 strokes.

Nineteen years on from triumph, Woods showed at Augusta that, on his day, his game is back to his best and despite disappointment at the PGA, Woods demonstrated his Masters form wasn’t a flash in the pan by performing well at The Memorial, hitting a final-round 67 to earn him a tie for 10th place.

At Pebble Beach this year, Woods hit a one-under-par 70 to end the first day five shots off the lead, which is held by Justin Rose.

Woods said: “It’s typical Pebble Beach, where the first seven holes you can get it going, and then after that you’re kind of fighting and kind of hanging on.

“I kind of proved that today. I had it going early and had to fight off through the middle part of the round and hung in there with pars. Very pleased to shoot under-par today.