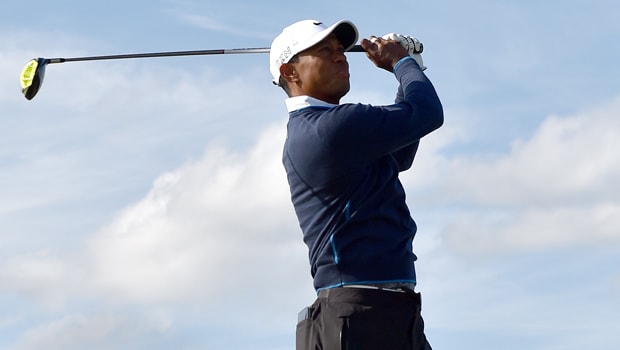 The 14-time major champion has enjoyed a largely positive year back on Tour after his latest round of back surgery, but has not managed to win yet.

It means Woods goes into The Northern Trust Open in New Jersey – the first of the four FedEx Cup Playoff series events – still hunting for his first victory since 2013.

Woods found himself outside the top 500 in the world rankings when he started the year and has climbed back to 26th after a series of impressive performances.

He has twice finished second, including this month in the US PGA Championship at Bellerive behind Brooks Koepka, while he also held the lead in the Open Championship at Carnoustie during the final round before fading to tied-sixth behind Francesco Molinari.

Speaking ahead of The Northern Trust, Woods said: “I feel like my next wins are coming soon. How soon, I don’t know, but I’m putting myself there in tournaments now.

“I’ve done that in two of the last three tournaments I’ve played in and they were big events, so I’m not that far away from getting it done.”

Woods cites a consistency in his iron play this year as one of the key positives. He has worked hard on his wedge play, while his putting largely remains as good as any element of his game.

“I’ve hit my irons pretty good all year,” he said.

“I had a struggle there with my wedge game right around Augusta. I wasn’t sharp. But I fixed that and most of the year I’ve been pretty dialled in.

“When I can start flighting the ball like I am and shaping it either way, and really can control my trajectories and hit any shot I want, then it’s pretty good.”

Woods is 15.00 to win The Northern Trust Open, while defending champion and world number one Dustin Johnson is the favourite at 9.00.