Michael White to being defence of Paul Hunter Classic 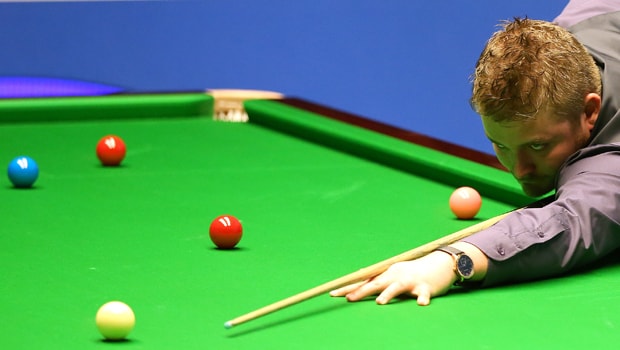 Michael White begins the defence of his Paul Hunter Classic crown on Thursday when he faces Thor Chuan Leong at the Stadthalle in Furth.

White won the title in 2017, beating Shaun Murphy 4-2 in the final. It is one of two ranking event wins for the 27-year-old Welsh cueman, who also landed the Indian Open in 2015, brushing aside Ricky Walden in the final 5-0.

It hasn’t been the brightest start to the season for White, who was knocked out in the second round of the Riga Masters last month before failing to qualify for the Yushan World Open in China.

Staged at the Stadthalle venue in the town of Furth near Nuremburg in Germany, the tournament brings together many of the top professional players with leading local amateurs.

Named after three-time Masters champion Hunter, who died in 2006, the event started off as a pro-am in 2004 and became a European Tour event in 2010, and then a full world ranking event.

World number one Mark Selby won the event in 2016, his third time hoisting the title, while Ronnie O’Sullivan, Judd Trump and reigning Masters champion Mark Allen are also on the roll of honour.

Jack Lisowski, Mark King, Kyren Wilson and Shaun Murphy are amongst the other key contenders set to begin their bids on Thursday.

There will also be hopes of German success as talented youngsters Simon Lichtenberg and Lukas Kleckers are in the field. The final takes place on Sunday.